At the end of the year, there are many different holidays that people can choose to celebrate. With Christmas and New Year’s being the most popular ones, thousands of people travel between cities and states to join friends and family to celebrate.

Now that we are putting the COVID-19 pandemic behind us, life has a lot that is worth celebrating. Career milestones, academic achievements, and family relationships are only some examples of the many accomplishments that can be celebrated. Even the smallest step can be considered significant progress toward goals.

As a family-owned business, LA VIP shares all of these values and celebrates the beauty of life with customers. LA VIP is the best option for your holidays because we provide much more than just car service. With our excellent customer service, we provide you with a chance to feel part of our family. If this doesn’t convince you, how about convenience? By booking with us, you will experience being able to reach your destination without having to drive or take care of the car. Our drivers are trained to provide you with a smooth, comfortable ride.

Why worry about having to change the oil in your car or making sure that your tires are in good condition when you can just relax?

Leave your car at home. Book with us. We can guarantee that this is the best option for you.

July Concerts & Music Events with LA VIP CAR SERVICE :
The July heat this year promises an even hotter time in Los Angeles and Southern California, judging by the massive line up of talented bands and musical acts making their stop at the city of angels. Fans have marked their calendars and paid to see this award winning giants live and experience what has made them the best. Taking place in top venues in our city these events draw big crowds and big traffic. We strongly suggest planning to get to these landmarks in the comfort and safety of LA VIP CAR SERVICE.

Consider the time and hassle it will take to brave the jam packed streets of our crowded city and the importance of getting to your event while enjoying the entire experience from the time you leave the house until your joyous return. And if you plan on drinking with a friend or two, why not invite them to ride with you and make it home safely.  Take a look at our fleet of cars and contact our expert and friendly representatives for more information.

Here are a few highlights of popular concerts and music celebration events happening in Los Angeles in the month of July, 2018.

Happening at the iconic Hollywood Bowl, in Los Angeles

July 4 – Hollywood Bowl Fireworks Spectacular with the Go-Gos. The 80s all-girl rock/pop band return to play their biggest songs during what will surely become a memorable night, celebrating America’s birthday.

July 7 – Jennifer Hudson, the GRAMMY and Academy Award winning singer, and actress will take the stage for her first concert at the Hollywood Bowl, bringing her chart-topping songs and big, powerful voice to her L.A. fans.

July 18 – SEAL, the British superstar singer, songwriter and winner of numerous prestigious awards (GRAMMYS, Brit Awards) will perform his popular songs with Jazzy infusions, while multi GRAMMY and Brit Award nominee, the soulful Corinne Bailey Rae, will take the stage performing her neo-soul tunes as the opening act during this special night, backed by a full orchestra.

July 20 – JAWS in Concert. That’s right! the Hollywood Bowl’s homage to the movies and TV has been a popular part of their annual program. Steven Spielberg’s 1975 thriller film changed the way movies were made and marketed forever. Sit back and experience the magic, the tension and the beauty of Sir John Williams’ Academy Award winning score as it is performed LIVE during the screening of the blockbuster film.

Concerts at the Greek Theater

July 5 – Primus + Mastodon hit the road for a summer tour supporting Primus’ ninth studio album “The Desaturating Seven.” The San Francisco based American rock band brings their unique experimental-rock, alternative, funk-metal sounds for a live and energetic performance under the sky, at the Greek.

July 13 – KIDZ BOP Kids are hitting the road again, following the huge success of last year. KIDZ BOP is the #1 kids’ music brand, while “KIDZ BOP Live 2018” is the ultimate family concert experience. It’s an event of popular music “sung by kids for kids.” They are Billboard Magazine’s #1 Kids’ Artist for eight consecutive years (2010 – 2017) and this year they are set to perform some of today’s biggest hit songs. Three new talented young performers will join the existing group, at the Greek Theater, in Los Angeles.

July 28 – Italian superstar Laura Pausini returns to Southern California hot on the heels of two historic concerts she has planned for July 21 & 22 at the “eternal city” of Rome, Italy, at the Circus Maximus. In support of her brand new upcoming album, Angelinos will get a chance to hear and see this world class singer perform live at the legendary Greek Theater.

July 13 & 14 – Harry Styles, the British boy wonder, hit making singer, and recently actor (in Christopher Nolan’s WWII drama Dunkirk) will take the stage at the Forum, in Inglewood, California for a two-night live marking his first solo tour after dominating the world with his band mates with One Direction. Harry Styles is one of the biggest concert events of the year due to his ongoing  popularity, the big success of his 2017 released solo album which gave fans the singles “Sign of the Times,” “Two Ghosts,” and “Kiwi,” in addition to the success of the Nolan film, Dunkirk.

With so many amazing events, our drivers are excited and keeping very busy. Please make sure you call us at LA VIP CAR SERVICE as soon as possible to reserve one of our gorgeous private cars, and arrive to these famous venues in style and with peace of mind. Your driver will be ready and happy to drive you back after a magical night seeing your favorite stars perform live.

We know how stressful a flight could be, even worse is the confusion of the airport especially for a first timer. The long lines, the luggage, the suffocating crowd among other things, in order to avoid all these and get to your destination on time or save yourself from adding more stress to your jet lag, we have got you covered. All you have to do is book a car beforehand and we will be there to receive and whisk you away in the most stylish way possible. We keep track of your flight and can make provisions for delays in arrival so there is no chance of being late or not being there at all. All airport pickups require an airport fee that the city of Los Angeles requires from all car service providers and we also provide a Meet and Greet Service for an additional charge. This allows a driver to park and walk to the passenger baggage claim with a sign to meet and greet the passenger upon his arrival. For a first timer, it’s like meeting a family member in a strange land. So you don’t have to worry about getting lost, we will find the way for you.

Most people never consider luxury car services because they believe they are way above their budgets, this assumption is however wrong. Although a little more expensive than other options such as call-a-cab etc. a luxury car service gives you value for your money. You don’t have to worry about negotiating through the gridlocks of the city, or the time you have to spend waiting before you get a cab, nothing is as classy and stylish as being chauffeured to your destination in a luxury car. A luxury car service fits into any kind of event, whether it is a romantic getaway, a business meeting, a family dinner, friends meet-up, city tour, just name it and you’ll discover that the best way to enjoy yourself and create a lasting impression is by option for a luxury car service.  At LA Vip Car Service, we offer you that service in a five star manner leaving nothing out to make your journey memorable in a good way. Luxury vehicles ranging from Sedan, SUVs, and Limos etc. are available to give that upgrade from a typical black car service. Our service is throughout Los Angeles and our drivers are professionals with clean driving record who courteous and will get you to your destination safely. 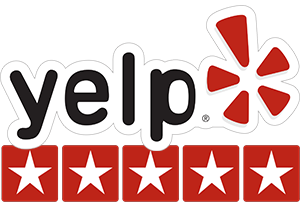